Cart 0 item(s) £0.00
Limited spaces left on our SMSTS courses in August contact us on live chat for an exclusive discount ! 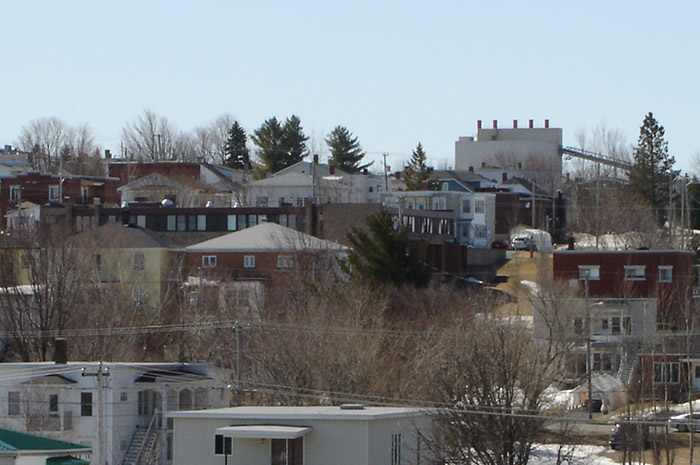 Every country has a few unfortunately named towns (the UK more than most!). As silly as some of these sound, though, they can often be an attraction for tourists. For the Canadian town of Asbestos, however, a name associated with its legacy of asbestos mining has forced them to change identities, even though it means nothing in their native French.

As a former centre of asbestos mining grapples with its legacy, the presence of asbestos continues to blight sites and buildings across the world. While Asbestos can overcome its image problem in time, the physical damage caused by asbestos is harder to remove – and remains a ticking time bomb in countries across the world.

What’s in a name?

A name change has been proposed for the town of Asbestos before, but locals had always voted against it. As well as the positive association many families still have with the name, ‘asbestos’ means nothing in French, the dominant language in the province of Quebec. Locals saw no need to change the entire identity of their town – or to erase its history – simply to appease people who didn’t live there.

Unfortunately, the realities of the modern world began to catch up with the town’s past. Formerly the world’s largest supplier of asbestos, and home to the single biggest mine, Asbestos had thrived through much of the 20th century as demand for the mineral boomed. It is also the birthplace of what’s known as the ‘Quiet Revolution’, a period of political upheaval that led to an overhaul of labour laws, education, healthcare and national infrastructure.

This gold rush would come to an end, however. As the dangers of asbestos became better known, countries around the world started to wind down their use of the substance, beginning with amosite (brown) and crocidolite (blue). While the chrysotile (white) asbestos mines in Asbestos were initially spared, the 1970s spelled the beginning of the end for the town’s golden era. Investment shrank, and the town’s population now stands at a little over 7000.

The situation in Asbestos today is one of fears both founded and unfounded. For investors looking to establish businesses and create jobs in the region, the very name Asbestos has been enough to scare many away. Indeed, the municipality the town resides in changed its name from Asbestos back in 2006, likely for much the same reason. From an outsider’s point of view, the fears of living and working near an asbestos mine that only closed in the last decade may naturally evoke concerns that the substance is still lingering in the environment.

While the town of Asbestos is in no way comparable to the infamous Libby, Montana – where contaminated vermiculite was used and spread around the town – investors have a right to be cautious. Microscopic asbestos fibres can continue to pollute soil for centuries, entering the lungs when dirt is disturbed. The regeneration of brownfield sites is tightly regulated for this reason, as asbestos used in old buildings or dumped on these sites can be a major pollutant, and jeopardise the health of workers.

While the town of Asbestos may be marginally more dangerous by being in such close proximity to a former asbestos mine, the reality is that the town itself poses no more danger than any in the US, UK or hundreds of other countries. Asbestos, Quebec may be unique in having produced so much of this deadly substance, but millions of tonnes of it are still lingering in buildings around the world.

Most people think of asbestos as a threat from a bygone era, if they even think of it at all. Yet unlike a problem such as leaded fuel, which was largely eliminated when it was banned, asbestos remains an active and present threat. Not only is asbestos present in a shocking number of buildings around the world, but the effects of weather and simple ageing are causing it to deteriorate, posing an even greater danger to building occupants.

The presence of asbestos is perhaps best catalogued in public buildings, which are subject to health & safety inspections. A report in late 2018 found that 90% of hospital trusts managed buildings containing asbestos, while a similar percentage of school buildings are thought to contain the deadly substance. However well catalogued it may be, there are many instances in which it has been disturbed – and these are buildings occupied by some of the most vulnerable people to asbestos-related diseases.

The presence of asbestos outside of these buildings is less certain, but should reasonably be seen as an epidemic. Asbestos products were widely used up until the 1990s in the UK, and continue to be used in many developing countries, with Russia continuing to produce the substance. This is not just in the most widely known forms either – e.g. loose fill insulation or ironing boards – but hundreds of sometimes obscure products, including frames, tiles, gaskets, shed roofs, and even Artex ceiling decorations.

It’s important not to demonise the town of Asbestos – soon to be Val-des-Sources – and undermine its attempts to rebrand. But the caution people have expressed about investing in Asbestos runs contrary to how most of us treat the substance. We pigeonhole it as a curiosity that pops up in ancient buildings, or in these old mining towns, and yet it exists all around us.

From pipes to boilers to attic insulation, asbestos is still an ever-present – and asbestos-related diseases are still killing hundreds of people every year. With a latency period of 30 years or more for these diseases, efforts to combat asbestos have to be proactive and not reactive. If we’re not careful, the legacy of asbestos could be a harbinger of things still to come.