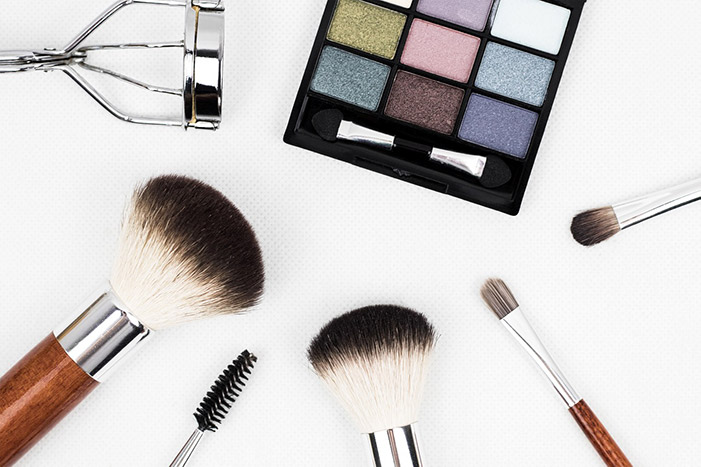 From irons to toilet seats to fake snow, there was a period in the 20th century where everything was made with asbestos. This magical material was strong, fireproof and insulated against electricity, and the public couldn’t get enough. Like the earlier craze for radium however, it soon emerged that asbestos held a deadly secret. The various forms of the mineral were banned over the decades, with the final ban on white asbestos happening at the turn of the millennium.

You may be shocked, then, to hear that asbestos is an active problem – not just in old buildings, but in modern consumer products. Thousands of lawsuits have been filed against cosmetics industry giants, and makeup products are still being removed from stores, with the latest a makeup kit themed around a popular YouTuber. So why is it in 2019 that we still haven’t dealt with this issue, and where do we go from here?

Much of the focus around asbestos in consumer goods has focused on Johnson & Johnson. The industry giant is currently facing more than 14,000 active lawsuits over a number of its products, namely its famous talcum powder. The plaintiffs allege that the product has historically contained asbestos, and in some cases continues to do so. Moreover, many of the cases point to evidence that Johnson & Johnson knew this, and did nothing about it.

Johnson & Johnson are far from the only cosmetics company facing this issue, however. Colgate have also faced a number of cases over a shower product that apparently contained asbestos, while a talc-based Avon product has also been widely cited. Elsewhere, cosmetics chain Claire’s has been repeatedly sanctioned for products which breach safety standards, including asbestos contamination. The most recent case involves the withdrawal of three products, including a JoJo Siwa makeup kit aimed at children and teenagers.

The Claire’s case is especially worrying, as it highlights the particular issues with the United States’ safety system. When the Food and Drug Administration (FDA) informed Claire’s of the issue with the products, they initially refused to withdraw them from sale. The FDA was unable to force them to take action, and instead chose to publicly rebuke the company. Only then did Claire’s voluntarily agree to pull it from the shelves.

In Claire’s case, it seems that the company (which filed for bankruptcy last year) was weighing up its responsibility for people’s wellbeing with the financial damage of scrapping thousands of products. That there was even a question of them staying on the shelves however points to a fundamental flaw in the US system – one that we in the UK are mostly shielded from. Where as the European Union has banned more than 10,000 chemicals and additives from cosmetics, the US has only banned a handful, instead relying on companies to ensure their safety.

The strength of lobbyists and business interests has meant that US regulations place an immense amount of trust in cosmetic companies, with no requirement to prove that a product is safe before it goes to market. Instead, the onus is on the businesses to maintain high standards and create products which do not pose any harm to consumers. Most do, but some inevitably slip through the cracks, or simply use chemicals whose safety is dubious at best.

This deregulation has led to a situation in which individuals have had to pay for testing to prove that products contained asbestos or other chemicals, and use this as the basis for lawsuits. The federal law governing toxic substances is from 1976, and does not provide the FDA with sufficient powers to intervene even when toxicity is proven. States including Connecticut have attempted to pass legislation bringing the law in line with the EU, but have so far failed.

It might seem like this is a uniquely American problem, but the fact that this is happening in the world’s largest economy speaks to a broader problem. Not only are these products still being widely manufactured and sold – potentially including online sales to UK consumers – but their ubiquity points to a broader complacency about asbestos.

Far from being a moot point, asbestos is still an active presence around the UK and the world. The substance remains legal to use in the US, and is still manufactured and exported by countries including Russia and China. Indeed, the US Environmental Protection Agency (EPA) is currently looking into the possibility of reclassifying asbestos to allow new uses of the substance, a move which has been widely derided by environmental campaigners and experts.

It is also a potential point of concern for environmental campaigners in the UK. While the government has pledged to copy and maintain EU environmental and product standards, there is no firm guarantee that the UK will continue to prevent such lax standards. With US authorities suggesting that we will have to compromise to secure a trade deal, there’s a chance that products with chemicals banned in the EU could be allowed into the UK in future.

Asbestos in talcum powder has been a persistent issue for decades, and is not one that is likely to be resolved any time soon. Talc deposits are frequently contaminated with asbestos, and asbestos fibres are so tiny that it’s extremely difficult to filter them out. Indeed, most authorities (including the EU) permit the sale of talcum powder which contains an extremely small percentage of asbestos. Given that any level of asbestos exposure is unsafe, this is something that consumers should be aware of – and yet very little fuss had been made until now.

But talcum powder and cosmetics are only one element of an approach to asbestos that is broadly lacking. While the ban has been in place for almost 20 years now, asbestos is still regularly fly-tipped, and fines for improper handling and disposal of asbestos are rife. Meanwhile, hundreds of people are dying from asbestos-related diseases in the  UK each year, with many struggling to claim compensation from long-vanished employers.

Asbestos is an active problem, and one which perhaps deserves a level of scrutiny and attention which has been lacking in recent years. While the legislation currently in place is broadly adequate, we should all do more to ensure that it is rigorously applied. The crux of this is asbestos awareness training, but the burden also falls on governments around the world to penalise breaches more strongly, and ensure that everyone is aware of the deadly legacy that asbestos exposure creates.