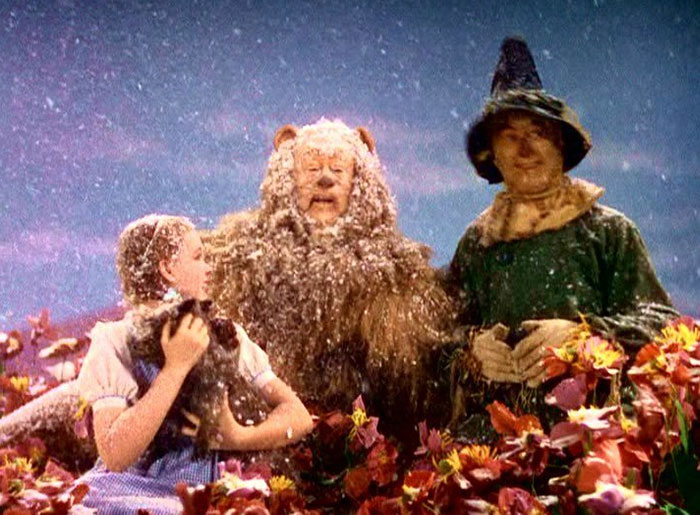 We talk about asbestos a lot, and we know it can get a bit boring. You hear the same things about asbestos awareness, asbestos in schools and the importance of compliance, but it doesn’t really motivate you to take the problem seriously. And with many people taking asbestos courses online, you don’t get that face-to-face talk on why asbestos is such a big deal.

In light of that, we’ve put together some of the most interesting, important and unusual facts about asbestos. This is a rundown of the history of asbestos in the UK, but also a reminder that it’s a real and present threat today. Hopefully the information below illustrates the risks in a more interesting way — and gives you some ammunition to bore people at parties.

Given that it was widely touted in the 20th century as a miraculous new material, you might have assumed that asbestos was synthetic. In fact, asbestos has been mined and used for hundreds of years, with records going back as far as Ancient Greece. There’s even evidence to suggest that asbestos was used on a small scale in the Stone Age, as a way to reinforce ceramic pots.

Asbestos is a naturally occurring silicate mineral which forms when certain types of rocks are exposed to high pressures and hot water. The fibrous crystals form in veins under the ground, often in proximity to other valuable minerals. This is why asbestos sometimes contaminates talc, used in talcum powder, which is currently the subject of many ongoing lawsuits.

Several Persian kings as well as the Holy Roman Emperor Charlemagne are reported to have owned ‘magical’ asbestos cloths; these would be cast into the fire to be cleaned and withdrawn intact, to the amazement of guests. However, it wasn’t until the 19th century that asbestos began to be mined on an industrial scale, and made its way to the wider public.

Yes, you read that right. Situated in Quebec, you could think of Asbestos as the deadly equivalent to Bournville: a town set up entirely to mine asbestos from the nearby Jeffry mine, previously the world’s largest producer of asbestos.

The mine and neighbouring refinery were the main employers in the town, and produced enough money that a famous artist and ceramicist were hired to decorate local buildings. The remaining residents of Asbestos have petitioned to change the town’s name in recent years, but for now, it remains a cultural and historic curiosity.

A similar town, Asbest, exists in Russia, and is now considered to be the world’s largest active asbestos mine. Asbest has an even sadder footnote to its history, as it was the site of a gulag under Soviet rule, where some 15,000 people are thought to have died in slave labour. The town is now an industrial hub, with an adjacent mine that’s said to be half the size of Manhattan.

While many people think that Greek historian Pliny the Younger first noted the effects of asbestos, there is no primary source to prove this. However, the damage that asbestos could cause was apparent soon after industrial production had begun.

The first death attributed to the substance was in 1906, while various investigations between 1900 and 1910 found asbestos to be harmful. The evidence was such that Britain’s Inspector of Factories, Dame Adelaide Anderson, officially classified asbestos as a dangerous substance in 1902.

Due to the public fervour surrounding new asbestos products, the size and power of the industry, and the poor social status of many of the workers, however, no action would be taken for decades. Indeed, it’s likely that many people in power were entirely unaware of the issues with asbestos. At least until…

Modern asbestos law – and potentially thousands of lives – have Nellie Kershaw to thank. The unfortunate textile worker died in 1924 at the premature age of 33, with the coroner initially suspecting tuberculosis. An autopsy however found asbestos crystals and significant scarring in her lungs, and on comparison with asbestos samples, ruled that the asbestos was to blame.

Although Kershaw had been declared unfit to work in 1922, her employer dismissed the diagnosis of ‘asbestos poisoning’, which her doctor claimed to have seen in dozens of patients each year. Stating that no evidence for such a disease existed, the company would not pay her again before she died.

The case would go largely unnoticed until 1927, when the trial pathologist published a paper on the subject in the British Medical Journal. The paper prompted a Parliamentary enquiry in 1930, and led to the UK’s first asbestos controls. The Asbestos Industry Regulations of 1931 required that a mechanical exhaust be used to extract asbestos dust, and that asbestos work areas were isolated from neighbouring workshops and rooms.

Yep – believe it or not, this one is true. Amosite asbestos has the appearance of fluffy white snow, and was sold as a Christmas decoration from the 1930s right up into the 1950s. This coincided with the widespread production of asbestos products, and the idea of a ‘white Christmas’ popularised by the 1942 Bing Crosby song.

The Wizard of Oz wasn’t the only film to use asbestos as fake snow, either. Appropriately, Bing Crosby himself would be smothered in the stuff for the film White Christmas, a musical based in part around the song. Asbestos foam was even used as late as 1964 for the Christmas classic It’s A Wonderful Life, as safer fake snow made a crunching noise that affected the recording.

Asbestos’ presence in these films isn’t known to have been fatal for the actors, but it did have an effect elsewhere. The most famous Hollywood victim is Steve McQueen, who believes that set insulation and stunt clothes were his downfall. Actor Ed Lauter was also affected, although it’s worth noting that both men also worked in the naval and car industries respectively.

Relatively few people have been exposed to a significant quantity of asbestos, all of us travel in cars, and cars are commonly deemed the most dangerous form of transport. You’d think, then, that the number of car fatalities in the UK would drastically exceed the number of deaths from asbestos-related diseases. Unfortunately, you’d be dead wrong.

The latest statistics for road deaths in the UK show that 1,770 people were killed in car accidents and collisions. Comparatively, 2,523 people died in 2017 from mesothelioma alone – and this is only one of the many diseases that can be caused by asbestos exposure.

Asbestosis, other lung conditions and other cancers may also have been caused by the substance. However, as asbestos exposure often exacerbates or is a factor in a range of diseases, the effects are harder to record and report. What we know for certain is that asbestos is many times more dangerous than cars, despite appearing to be far less prevalent.

While we often think of asbestos as an antiquated threat, the reality is that a problem doesn’t just go away because it’s old. The UK imported an immense quantity of asbestos in the 60 or so years when production was at its peak, and almost all of it still exists somewhere. If not properly logged and managed, this dormant threat can come back at any time.

Records suggest that the UK imported a staggering five million tonnes of asbestos before the total ban in 1999. The largest proportion was chrysotile (white asbestos), which is considered the less deadly form. However, this also included 23,705 tonnes of deadly crocidolite (blue asbestos), 130,278 tonnes of amosite (brown asbestos), and over 300 tonnes of anthophyllite.

The UK was at one point the largest importer of asbestos in the world, and the breadth of its use in the 20th century means that we still have the highest death rate from asbestos-related diseases. Those millions of tonnes of asbestos still haunt buildings and brownfield sites, and we owe it to ourselves and future generations to deal with it accordingly.

You may be aware that asbestos was used as wall insulation, brake pads, or even Artex wall and ceiling textures. What you may not know is that this barely scratches the surface of the products that once contained asbestos, either in number or scope. As a ‘miracle material’, asbestos was added both for practical and fanciful purposes to all sorts of goods.

Asbestos was used in aprons, tablecloths, cisterns, floor and roof tiles, mattresses, pipes, rugs, tape, twine, carpets, partitions and cigarette filters. In fact, it’d be tough to list every use of asbestos, as there were over 3000 products in the United States that contained one form of the substance – many of which made their way to the UK.

This is the reason why asbestos regulations are so strict, and businesses like ours are so vigilant. If there’s ever even a suspicion that something may contain asbestos – based on factors like its type, age and condition – then testing should be an absolute priority. There were so many products containing asbestos that we can’t rule anything out.