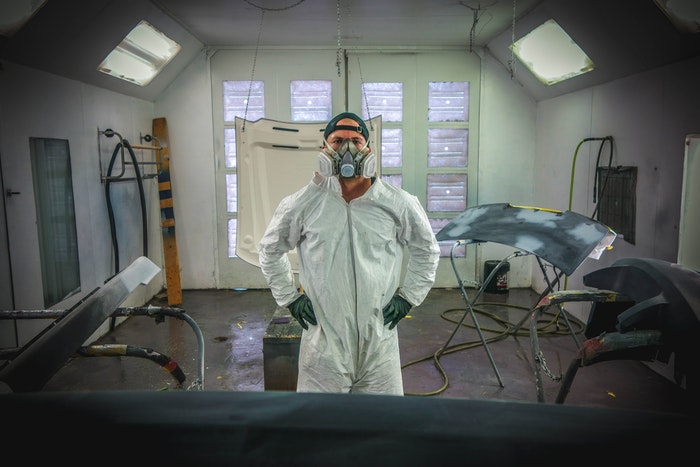 Many of us think of asbestos as an antiquated threat. The deadly substance seems like it’s been banished and dealt with, gone the way of lead paint or leaded fuel. There’s an awareness that it still exists – largely because of fly-tipping – but not that it poses a present danger. For most people, it’s something that only owners of ancient properties have to worry about.

A recent story may have the potential to change that. The latest statistics for asbestos deaths in the UK are out, and they make for grim reading: more than 5000 people died of related diseases last year. With asbestos still present in thousands of buildings across the country – including schools – the deadly legacy of asbestos exposure continues. But are we doing enough to stop it?

While asbestos has been banned since the year 2000, its use as a ‘miracle material’ for more than a hundred years means it remains a pressing concern. Due to its properties of heat, electricity and fire resistance, asbestos was used in hundreds of products, ranging from cigarette filters to wall cavity insulation and lagging. Despite the health effects being known since at least the 1920s, asbestos use boomed in the period of cheap, widespread construction after World War 2, with many of these properties still being in use today.

Although some of this asbestos is considered ‘inert’ – in other words, not prone to being inhaled – much of it isn’t, and products tend to degrade as they age. As a result, even previously stable asbestos containing materials (ACMs) must be carefully catalogued and maintained, in order to protect people from exposure to the asbestos fibres they can drop. ACMs can be hard to identify, too, as they often look identical to newer, asbestos-free products.

The jagged, microscopic asbestos particles are absorbed by cells in the lungs, and stay there permanently, preventing them from healing. This process causes the mutations which can lead to the condition asbestosis and cancer mesothelioma – neither of which is curable. The great tragedy is that asbestos exposure is a lottery: the related illnesses are devastating, but can take as many as 30 or 40 years to develop.

While the effects of asbestos exposure can be delayed, there is no safe level – every additional fibre you inhale increases the chances of developing these diseases. And while asbestos was finally banned from sale or use in 2000, we shouldn’t expect cases to suddenly tail off in 2030. Despite not being actively used, asbestos remains in place in residential properties, schools, office buildings and more across the UK, and continues to pose a threat. The threat of asbestos is such that our asbestos awareness online course is one of the most popular courses we offer.

The traditional advice regarding many asbestos containing materials (ACMs) is that they are harmless unless disturbed. This is generally true, and it’s not worth worrying yourself to death about the most inert forms of asbestos, such as old Artex ceiling textures. But some uses of asbestos – particularly those which are exposed to the elements – are prone to break down, and there is a time limit on everything. A recent Times article for instance revealed that many water pipes contain some asbestos, with fears that they are reaching the end of their lives, and disposing fibres into drinking water.

All landlords and businesses have a responsibility to catalogue asbestos in their buildings under health & safety legislation, and to deal with it in an appropriate manner. But even here, oversights do happen, and some would rather risk sanctions than pay for cleanup. Small businesses meanwhile do not necessarily require a codified health & safety policy, and may have no appreciation of the presence or risk of asbestos at all.

In schools – some 75% of which are estimated to contain asbestos – there often isn’t the budget to remove all of the asbestos, and the location of asbestos isn’t always divulged to all members of staff. As well as leading to oversights, uncertainties and added stress, this can lead to poor decision making; asbestos in a classroom wall might be considered inert, despite the risk of children picking at or otherwise damaging the surface. Alternatively, consider the scenario where a projector is fitted to the ceiling, with no appreciation for the risk of accidental asbestos exposure.

Homeowners in particular lack an awareness of the risks of asbestos exposure. Homes built at almost any time in the 20th century carry a risk of containing ACMs, which can be present in everything from toilet cisterns to wall partitions to ceiling textures. With tutorials and TV shows encouraging more people to get stuck into DIY, this poses a very real risk of unwittingly disturbing asbestos, and causing serious health problems for your family.

If you are aware of the presence of asbestos in your home or on your land, you are legally obliged to mention this before selling it. There is however no obligation to check for asbestos, and even a surveyor will usually not be qualified to check for it. This means that if the current homeowner isn’t aware of it and the estate agents don’t bring it up, you could be buying a home that’s riddled with the deadly substance.

It is legal to remove certain forms of asbestos yourself without a surveyor’s licence, including the most common forms such as Artex. However, this is highly inadvisable, both due to the risk of immediate exposure and the persistence of asbestos in the air. Ideally you should hire a qualified asbestos inspector or surveyor to check for the substance, and then to outline a course of action. This may involve vacating your home for a period while the problem is isolated, and the asbestos is safely removed and extracted. Alternatively, they may suggest leaving the asbestos in place, or carry out repairs to seal it.

A plan of action

None of this is to say that asbestos isn’t being properly regulated. It is illegal to manufacture or use asbestos in the UK, and anyone likely to come into contact with asbestos is legally obliged to undertake training. But the amount of asbestos that exists – and the varying capacities in which is it removed, repaired or otherwise dealt with – make it difficult to comprehensively regulate. Repairs can also be expensive, which leads to lengthy and harmful delays.

The HSE should continue to clamp down hard on contractors and small businesses who breach asbestos guidelines, and penalise fly tippers to the absolute extent of the law. However, asbestos awareness is also a major part of this issue. As well as the need to impress the dangers of asbestos on people, employees and homeowners alike need to be aware of how widespread an issue asbestos is, and how seriously it needs to be taken.

Unfortunately, safety is not always enough of an incentive by itself. Additional, ring-fenced funding for schools and businesses to remove or stabilise asbestos should be a priority, as should a national campaign to make people aware of this persistent threat. Even the stable asbestos around us is a ticking time bomb – and failing to deal with the issue now is only creating extra hassle for someone down the line. Given the outcome of asbestos exposure, no cost should be too great.