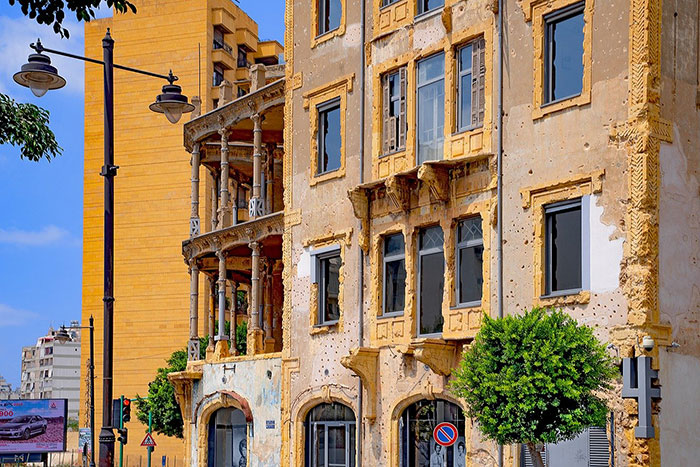 Even in a year like the one we’ve had, the Beirut disaster stands out as a major shock. The massive explosion in the Lebanese capital ranks among the biggest non-military explosions ever recorded, and caused damage on a frightening scale. The precise death toll is still being counted, while hundreds of thousands are currently homeless due to the devastation.

While it’s not yet known exactly how the chemicals involved came to explode, all the evidence points to a fire in a poorly-maintained warehouse. Protests have already taken place against the government, and its ministers have all pledged to resign. While locals demand action, all of us have a responsibility to consider how the Beirut disaster reflects on us, and the risks we take at work.

The investigation into the explosion is likely to take some time, but unusually for a disaster like this, there is already ample evidence. Several unfortunate people were livestreaming the initial warehouse fire, while many others were filming from a distance, recording either the fire or themselves at the time of the blast. Journalists have also uncovered information about the location of the fire, and the nature of the goods being stored there.

Lebanese authorities have already admitted that the explosion was caused by 2,750 tonnes of ammonium nitrate, a chemical used in fertilisers as well as bomb-making. While highly volatile, the chemical only combusts under extremely high temperatures. Early reports suggest that a fire spread from an adjacent warehouse to the one containing the chemicals. This fire raged for long enough that a number of people approached the warehouse to film it, and a fire crew was sent to put it out – all of whom were sadly killed in the blast.

The resulting explosion is believed to have been around a tenth of the power of the nuclear bomb dropped on Hiroshima, although circumstances led it to be less deadly than was possible. Unlike a nuclear blast, the Beirut explosion occurred at ground level, causing it to be partly absorbed by the surrounding buildings. This was particularly true of the nearby grain silos, which protected the city centre behind them from the worst effects of the blast. Nevertheless, the current death toll stands at over 200, and many people remain unaccounted for.

We know for certain that a cargo ship carrying the ammonium nitrate stopped in the port in 2013, and was subsequently stopped there for outstanding port fees. The cargo was impounded and unloaded, while the ship remained in port for a year, with the crew trapped aboard amid the dispute. When it left, the ammonium nitrate stayed ashore – and likely in the same warehouse that it eventually destroyed.

A number of photos from days before the explosion purport to show the chemical in labelled sacks, stacked on top of one another and practically spilling out of the doors. It has also been widely reported that port employees inspected the warehouse around six months before the blast, and warned that if not moved, the chemicals could “blow up all of Beirut”. The advice was not heeded, and an accidental fire appears to have led to tragedy.

Lebanon has had a turbulent history, and the blast is just the most visible sign of its current problems. Protests had been taking place against the government before the coronavirus pandemic, and the pandemic itself may have compromised the safety of the warehouse. Yet a disaster of this nature cannot simply be blamed on a corrupt government, or a temporary lack of oversight. And while the stakes may not be the same, the blast has something to teach all of us involved in health & safety.

The entire government has now pledged to resign following the disaster, while the different factions involved have all blamed each other. The government and port authority have blamed the judiciary for not actioning requests to release the cargo, while the judiciary say they are being made scapegoats. Hezbollah meanwhile, who are said to benefit financially from the port, have absolved themselves of responsibility.

Safety should not be a partisan issue, or something that is passed around like a hot potato. Yet this is the way things work in so many organisations. If this seems like a stretch, look at Grenfell Tower. The enquiry has been a masterclass in buck-passing, with various contractors blaming the use of flammable cladding on each other, and claiming that the product or service they provided was safe in isolation – just not in combination.

Safety is often something we look at in isolation, rather than holistically. We appoint health & safety officers, or get a ‘health and safety guy’ in to conduct a risk assessment, but we don’t actually apply their lessons. We use spot fixes when an issue comes up, but we don’t instil good health & safety in our organisations. The result is that problems develop, and responsibility for them passes around until something goes wrong. It’s nobody’s problem until it’s everybody’s problem.

There are obvious lessons from the Beirut disaster that can be applied literally: proper chemical storage, regular risk assessments, fire protection, observation. But the fact that an almost literal ticking time bomb was allowed to sit in the middle of a city for seven years points to more than just bad storage. This tragedy reflects a problem that is still common all over the world, the UK included: not taking health & safety seriously, at all levels of government and business.